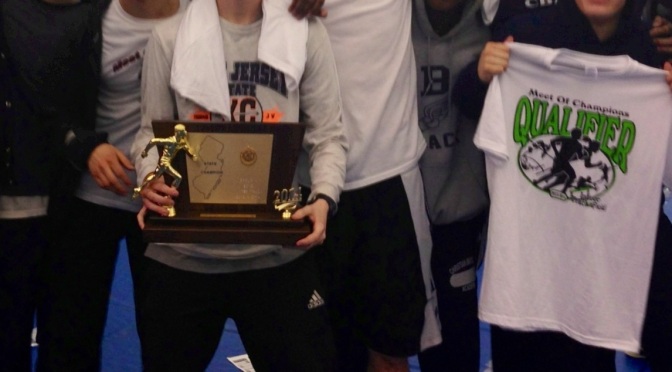 – No Surrender by Bruce Springsteen and the E Street band

Are you scared about something? Are you worried about the future? Worried about this new generation of kids? Scared that a bunch of young punks have marked you for their next Knockout victim? Maybe you felt sadistic (and old fashioned) and decided to read the newspaper? I understand. The world is a big and scary place run by younger and younger people. It moves ever faster and chaotically. It takes you to heights up in space you are not comfortable with and then drops you in a free fall back to the cold hard Earth. It hurtles you through the air. It offers no help as you crash land. It’s changing. Quickly. It’s a nasty, nasty world.

Where can you go to find the one thing you and I and all of us need? I have a place. You can come. You should come. It’s in the belly of the beast. You will be surrounded by the enemy. Everything you fear will be present: speed, chaos, aggression, pain, them. Everything you need will be there too: hope.

First, you need to be aware that you will immediately, upon arrival, be surrounded by hundreds of them – teenagers.They will be dressed weird. Some will have shorts, short ones too. Others will have tights, tight ones. They will have knee socks, no socks, hot pink socks you name it. They will all have colors, like a gang. Some will wear blue and others red, still others green and others yellow and purple. They will stick together tight. They have gone through their own initiation rites daily for months to be a part of this, together. They know things about each other, have experienced things together that make you and all not wearing those same colors an outsider. It can be intimidating – hundreds of them.

They are willing to do dangerous things without hesitation. They will launch 12, 14, sometimes 16 feet in the air with only their own confidence as protection. They will run as fast as they can straight at a series of barriers and fight the urge to stop or even jump, instead running through and over so they can give something back, something to their gang, their family. They will sprint around the sharpest turns in the midst of rivals decked with little blades on their feet. They will suffer minute after minute as they grind long distances knowing the suffering will only get worse and understanding that their months and years dedicated to those daily initiation rites with their closest friends has been not to hold off this pain but rather to take more of it on at this moment.

They are young. And strong. They are nervous and jittery. They are cocky and terrified. They know you are watching. Keep watching.

They are here, in front of you, to compete against all of that. They do that by training, by dedicating days and months and years of toil to this single purpose: to compete for and with their teammates, their family, their gang. And they will battle against the other teams, families and gangs. They will put all of their vitality and youth into that battle. They will be nervous, loud and aggressive. Some call that scary. So, they will be scary.

When the great carnival that is a Track & Field Championship is over you may realize that one of the things that makes this world so scary is not in fact them. It is us. Maybe the world got scarier once we stopped jumping and sprinting and throwing and hurting and risking so much – once we stopped doing all those things that scared us and in turn reminded us that we were alive, that we had potential and that in order to realize that potential we needed to take on our fears.

These kids, these young athletes, they are not fearless. They are merely brave. Once, they were you and I. Youth is not wasted on the young, but it can be wasted on us. Maybe it’s time to look up to and not down on those teenagers, time to be a little bit more like them instead of trying to turn them into us. It’s time to get back on the track or in the circle or on that runway and take some risks.

We thought we would always remember. Didn’t we promise ourselves and each other that we would not forget, that we would hold on to those things that kept us young and scary.

Start with a run, a jump, or a throw. That’s what these kids would do.