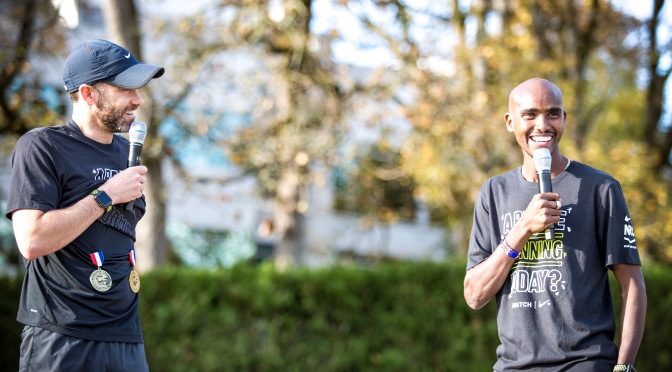 That’s me on the left & Mo Farah on the right. We were at an event together a few months ago. I congratulated Mo & told him his performances have been nothing short of epic.
Mo Farah was a double Gold Medal winner at each of the last two Summer Olympics. He won the 5k and 10k at the London Games AND the Rio Games. Double gold medalist. Twice.

I watched all the races on my TV & I jumped off my couch cheering like a maniac as Mo ran those final laps. And when it was over I collapsed back onto the couch. Exhausted.

But Mo & I have something in common. I’ve won some gold medals too. See them right there pinned on my shirt? They’re from the Monmouth County Championships.

I lined up for the 3200m first. I was nervous as I toed the line. That’s always a good sign. Being nervous means you care. I settled in the pack & bided my time. The goal was to make the least amount of mistakes & then kick like hell. I kicked. 1 gold medal down.

I came back in the 800m. Different kind of race. The 800m is really just a long sprint. You’re in extremis the whole time. Game-plan: hold on & outlast the other guys. I did. 2 gold medals.

I know they weren’t won in a stadium with 80,000 people on the sport’s biggest stage. My medals were won in front of 500 people sitting restlessly in aluminum stands. But, to me, 500 people was a lot of people & County Champs was a big stage.

The competition there was just as fierce as it was at the Olympics too. My nerves, fears, & hopes were just as legitimate as Mo’s. And at the end of those races when Mo felt like his legs were filling with concrete while he ran through quicksand with fire tearing through his lungs… well, I had those feelings too.

So, I know you don’t have to be an Olympian to feel those things. You just need to take a starting line & try to get the best version of you across the finish line.

Yeah, Mo & I have some things in common. And if you try your best, well, you have something in common with Mo too. After it’s all said and done if there’s any difference between Mo & I when we race it’s just the times on the clock. 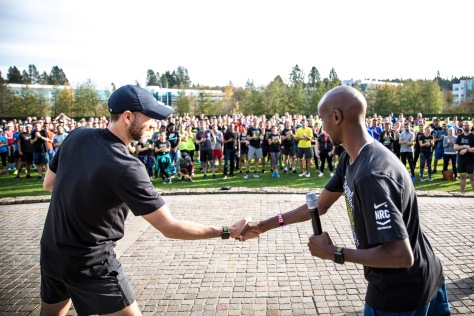